Power Rangers: Legacy Wars is a real-time PvP game. If you face a particularly skilled opponent and get beaten, don’t let it get you down. Jump back into another Battle and you’ll be matched against a different player.

Strike attacks (the Yellow moves) are usually fast but weaker. Strikes are fast enough to interrupt Breakers but can be stopped by Defensive moves.

Breakers (the Red moves) are slow to activate but hit harder. Breakers will damage an opponent that’s using a Defensive move but can be interrupted by Strikes.

If you don’t have a Block or Counter available, try dashing away from your opponent to avoid their attacks. Don’t do it too much or you’ll be caught in the corner. Dashes can even be used to sidestep projectile attacks. If your opponent fires at you, Dash towards the attack. If you time it right, you’ll move through the projectile without taking any damage.

If you get stuck in the corner without a Block or Counter, wait for your opponents to exhaust themselves, then hit back with an attack that knocks the enemy away. Dash forward into the now open space to give yourself room to move.

Your opponent can’t Block your Strikes while they’re in the air. Use a move that launches them and connect with a Strike.

Breakers are slow attacks, but if you start activating them while your opponent is on the ground, in the air, or stunned, you’ll be able to attack before your opponent can activate a Strike.

Don’t always use all 10 Power in a single combo. Keep enough for a move in case you have to interrupt your opponent.

Level up all of your Warriors! Leveling a character makes that Warrior stronger and awards you with Experience. When you gain enough Experience and raise your player level, your team Health will go up in battle.

Use all of your Orbs of Eltar! Once you reach League 3, you’ll unlock the ability to use the Orbs of Eltar to power up your Warrior’s special abilities. Using the Orbs makes your attacks stronger and also grants you Experience. There are different Orbs for the different classes of Warriors. So even if you typically play a Defender class character, make sure you’re still using your other Orbs to power up your Attack class characters.

Use your free Power Crystals from Achievements, Mighty Morph Boxes and Corruption Morph Boxes to speed up the timers on the Morph Boxes you win in PvP fights. You can only hold up to four Morph Boxes in your inventory, so make sure you always have an open slot before entering a fight.

Win or lose, damages you do in battles is applied towards creating a Corruption Morph Box. You can earn one Corruption Box per day and they open instantly, so don’t let these free boxes pass you by. Even if your Morph Box slots are full, you can earn some extra Power Coins on each win, so keep fighting!

When you unlock a new Warrior, go to the Team menu and enter the Training room to learn how your new fighter plays. You can’t lose Medals in Training, so you’re free to experiment with new characters. Different Assists match better with different Leaders, so if you switch Leaders, try using different Assists too.

Once you reach Player Level 2, you can join an Alliance. Alliance members can donate unused Zeo Shards to each other. Not only does donating help out your friends, but you get Power Coins and Experience each time you donate a Shard. Your Alliance will also be able to give you tips on how to play new characters or defeat your opponents’ strategies. 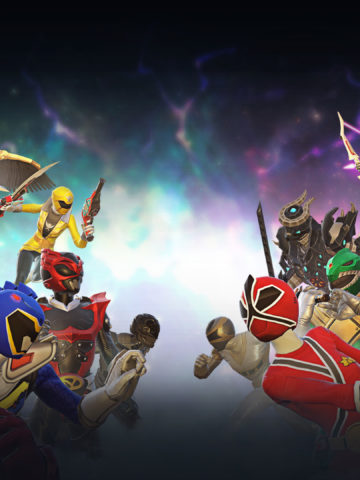 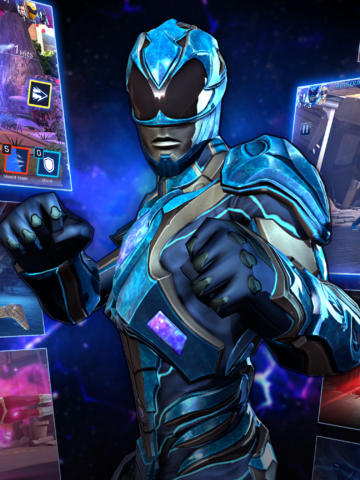