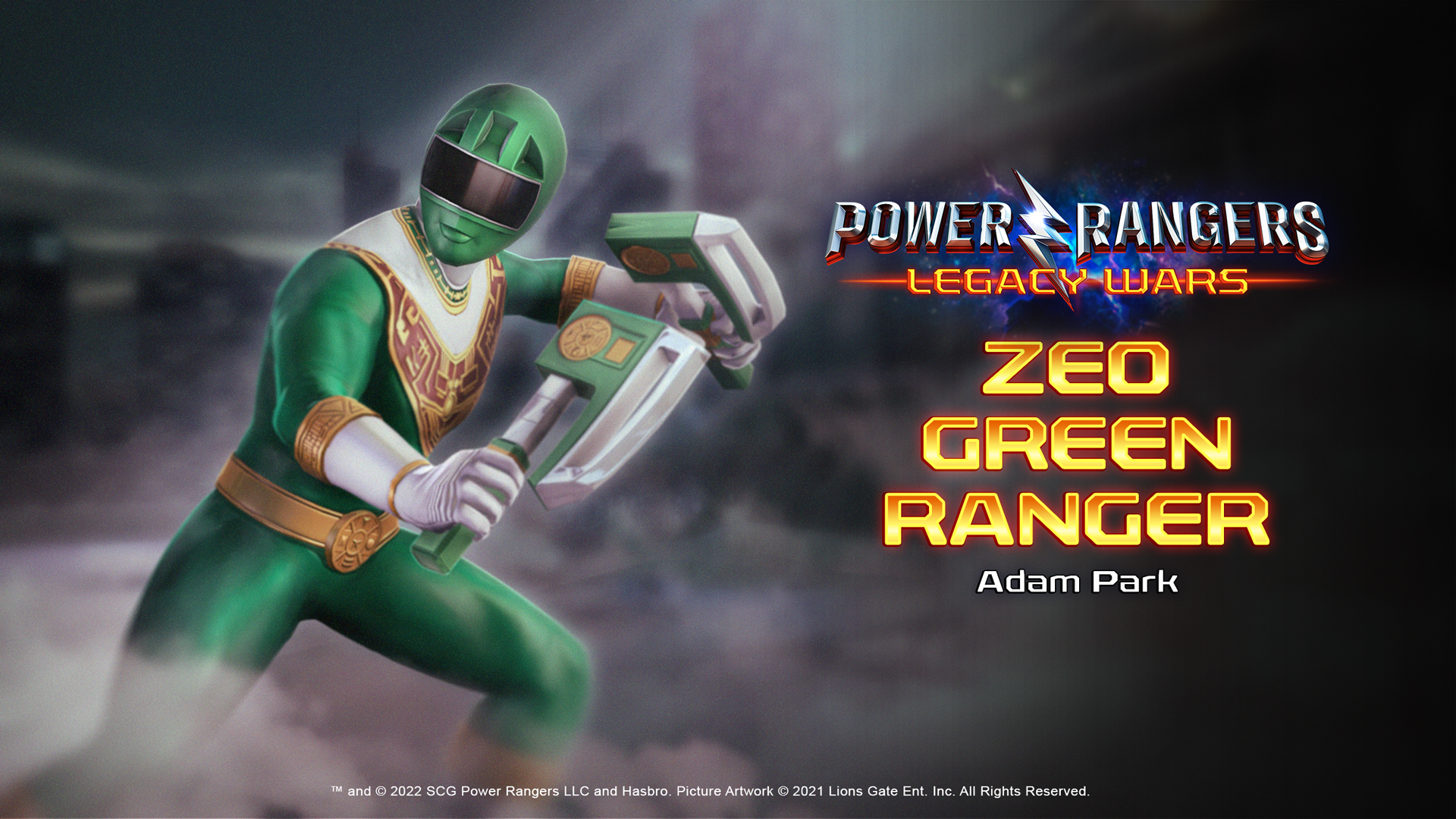 Adam Park is an Epic Defender with a very fast disruptor and easy to combo specials. One of his specials has enough range to go across the entire screen, forcing opponents to use counters in order to stop it. Adam also has the distinction of having one of the few 2 cost moves in the game, so he can poke at the opponent frequently. With the power of One Hand Attack alone, it can feel like Adam is a dangerous brick wall of aggressive defense. It takes strong reads at close range in order to fight against him.

Primary 1: Green Zeo Punch
Type: Strike
Cost: 2
A 3 hit combo that knocks back on the final hit. It can’t be used as a mixup, so it’s exclusively a poke or combo extender. It has poor range, but its low cost makes it easy to throw out for the first hit.

Primary 2: One Hand Attack
Type: Disruptor
Cost: 4
A super fast disruptor combo that ends in a stagger. Once it hits, the opponent can’t block it at all. It has a dash cancel on the 2nd hit in case it misses and you want to stay safe. Its quick speed and ability to combo into either of his specials makes it his best move for playing aggressively.

Special 1: Power Hatchets
Type: Strike
Cost: 3
A very slow strike that goes full screen and sweeps the opponent. It’s even slower than his breaker, so it can’t reliably combo after any assist. It is a great tool for forcing an opponent to use energy to defend themselves while they’re already low on it.

Special 2: Zeo Power Strikes
Type: Breaker
Cost: 4
A breaker that, if it connects, results in a flurry of punches and a launching finisher. It’s Adam’s most damaging move, so it’s important to land it as much as possible. Its long animation ensures that by the end of it, EP cooldown will already be over.

Assist: Twin Axes
Type: Breaker
Cost: 4
A breaker that knocks back the opponent after a launcher. Its startup is above average for a breaker, but still just barely reactable. Its damage is also quite good, considering that assists tend to do less damage than leader attacks.

Power Hatchets → Zeo Power Strikes → Power Hatchets
With this combo, no tricky timing is needed. Just cycle the special slot until you’re out of energy.

-Power Hatches is practically a guaranteed hit if you don’t counter it. So consider the risks of ending a combo with 0 EP if you only have counter skills and not a block card.

-Strike mixups can be risky against Adam because of how fast his disruptor is. If he sees the start of a strike, he doesn’t really care about whether you cancel it or not.

-Adam having a cheap strike and an instant combo starter on the same slot makes turtling unreliable against him. You’ll need to be the aggressor and get an early lead.

Primary Mixup
Zeo Power Strikes may not have a mixup cancel on its own, but you can combine it with One Hand Attack to do something similar. If you dash cancel the first hit of Zeo Power Strikes and immediately do One Hand Attack, the opponent will still be in hitstun and only be able to act with a counter. This can be an effective trick because players usually patiently wait for the 2nd hit of moves like that before blocking.

Adam is a defender, so he gets more blocks than other classes. This can unfortunately work against you, because his instant attack is on a different slot than the moves that combo after it. This means if he has a block in either of those slots, his offense is heavily limited. To play around this, try adjusting your combos to cycle assists until the block card appears there.

Adam moves backwards slightly at the start of Zeo Power Strikes, but this can’t be used on its own to dodge attacks. However, if you input it immediately at the start of a backdash, this backward movement can be useful, and you’ll still go forward enough to reach the opponent. This is especially useful while the opponent is cornered and has nowhere to run.