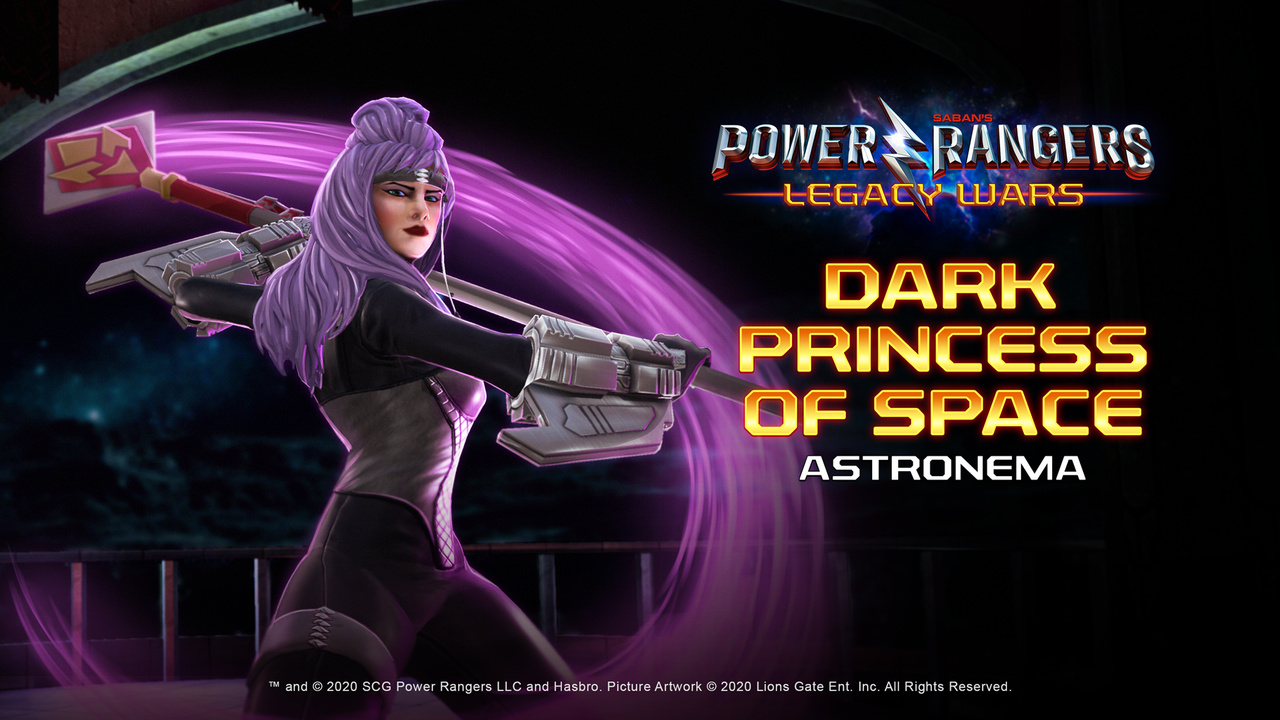 Astronema’s moveset has its damage spread out pretty evenly. This means that when she gets a hit in, she’s sure to make it count. The downside is that she doesn’t have a 50/50 or quick combo starter, so she may need to rely on assists for that. Still, her reliable damage and ability to end a combo in a stun can make up for it.

Primary 1: Wrath Staff
Type: Strike
Cost: 3
A 4 hit combo that can be dash cancelled on the 1st hit. The first hit is fast and has good range, so it’s quite good at beating breakers. To keep from getting blocked, try to use this after a launcher.

A 4 hit breaker combo that staggers the opponent on the final hit. The first hit is quite fast, but she’s easy to punish if she misses.

Cost: 4
A strike that’s slow to start, but is guaranteed to finish after landing the first hit. It’s Astronema’s most damaging attack, so it’s important to find a way to use it in battle as much as possible.


Assist: No Mercy
Type: Breaker
Cost: 4
Astronema twirls her staff around, hitting multiple times before knocking the opponent away. It does good damage for an assist, but it’s easy to punish if it misses.

Sample Combos
Dark Princess → No Joke
By ending a combo with No Joke, you’re able to recover 3 energy before the opponent recovers from the stun.

VS Astronema tips
–Dark Princess and Sweet Evil are easily punishable if she misses, so make the most of backward dodges. If she misses with the first hit of Sweet Evil, dashing into the rapid stab portion of the attack and blocking is the most reliable way to punish it.

–Wrath Staff is good at stopping breakers, but doesn’t guarantee good damage. Meanwhile, Dark Princess causes good damage but is too slow to be good against most breakers. This makes her very weak to breakers in general.

-Astronema gets damage in most reliably after blocking a strike. If you’ve got a slow strike, do what you can to keep it from getting blocked at any cost, even if it means causing it to miss on purpose.

-Astronema’s damage may be great, but it won’t be nearly as potent if she doesn’t have access to her 2nd slot. If you notice she isn’t using Sweet Evil or No Joke for a while, she probably has a block there. Play patiently and don’t let her use it against a strike. Eventually she may get fed up and whiff the block, which is your chance to attack.

Wrath Staff’s late cancel
Wrath Staff is not a 50/50, but in practice it can certainly feel like one if your timing is just right. The dash cancel window after the 1st hit is larger than you might expect, so you can start to play some mindgames with the opponent and sneak in an uncancelled attack once they’re conditioned.

Guaranteed Dark Princess after Wrath Staff
If you dash cancel the 1st hit of Wrath Staff and go into Dark Princess as quickly as possible, the opponent won’t be able to input a strike to defend themselves. This is useful, but the EP cost is steep: 7EP for what is effectively just the damage of one attack. Still, having this trick up your sleeve can be the difference between victory and defeat.
Be careful that you don’t draw a 2nd Wrath Staff in a row!