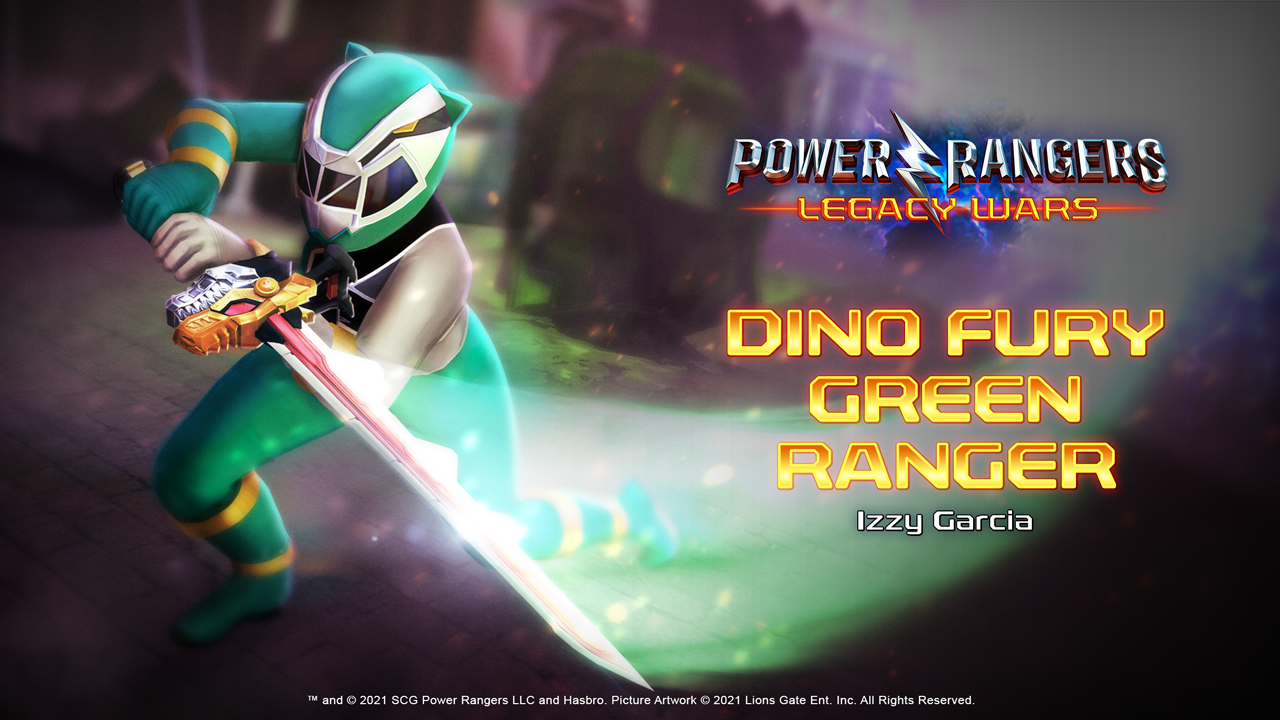 Izzy Garcia is an Epic Attacker with low cost attacks and a scary offense. The mere existence of Athletics Assault in her kit is enough to scare the opponent into not turtling up with defense. Once she’s built up her super, she can use it to extend combos for outstanding damage. Depending on the cards that become available or the assists on the team, she can do some of the more devastating combos in the game. She lacks a counter, but if played just right, she doesn’t need one.

Primary 1: Green Fury Attack
Type: Strike
Cost: 3
A 4 hit combo that knocks back on the final hit. It can be dash cancelled on the 1st or 2nd hit. If the 3rd hit connects, the 4th is guaranteed. While it’s best to save this move for a juggle, sometimes letting the attack finish can catch an opponent by surprise.

Primary 2: Spear Combo
Type: Breaker
Cost: 4
A breaker combo ending in knockback. Its first hit has poor range, but the full combo goes a good distance. Due to its multiple hits, it’s particularly weak against strikeouts.

Special 1: Chromafury Strikes
Type: Strike
Cost: 3
A quick 3 hit combo with excellent range ending in knockback. If used against an airborne opponent, it ends with a stun. It can’t be cancelled until the 2nd hit, but it’s still fast enough to mix up most opponents. However, this makes it a poor choice to use as a strikeout.

Special 2: Athletics Assault
Type: Breaker
Cost: 4
A quick javelin toss that stuns the opponent, followed by a jumping knee. If that knee connects, a 3rd hit comes out to launch the opponent. It’s possible to dash cancel this attack after the javelin toss to make it less risky to use.

Super: Tiger Fury Strike
Izzy’s super gauge increases by spending EP on leader attacks. To fill the gauge, she must use 5 attacks.

Izzy sends out a projectile that launches the opponent. It has slow startup and is dodgeable, so it’s generally best used as a combo extension.

Assist: Javelin Throw
Type: Strike
Cost: 2
A cheap but slow to start projectile that knocks back the opponent. Its low cost makes it great for combo filler, but it’s risky to use as a combo starter unless you’ve immediately blocked something. It spawns far behind the leader, so it can occasionally be used to avoid attacks.

By using Chromafury Strikes stun that gets inflicted against airborne opponents, it’s easy to recover one extra energy to finish off with Athletics Assault.

Because they result in a launch, Athletics Assault and Tiger Fury Strike are the ideal times to have EP cooldown end so you can recover energy before the opponent hits the ground.

In general, the best way to approach Izzy is to rush her down before she gets you first. This is due to a combination of these factors:

Manipulating EP Cooldown
When given the option, it’s better to start a combo with Spear Combo instead of Athletics Assault. You want the EP cooldown to be completely ready to go by the time Athletics Assault finishes in order to get as much energy back as possible. Additionally, using her super resets EP cooldown, so it’s wasteful to use it after Athletics Assault.