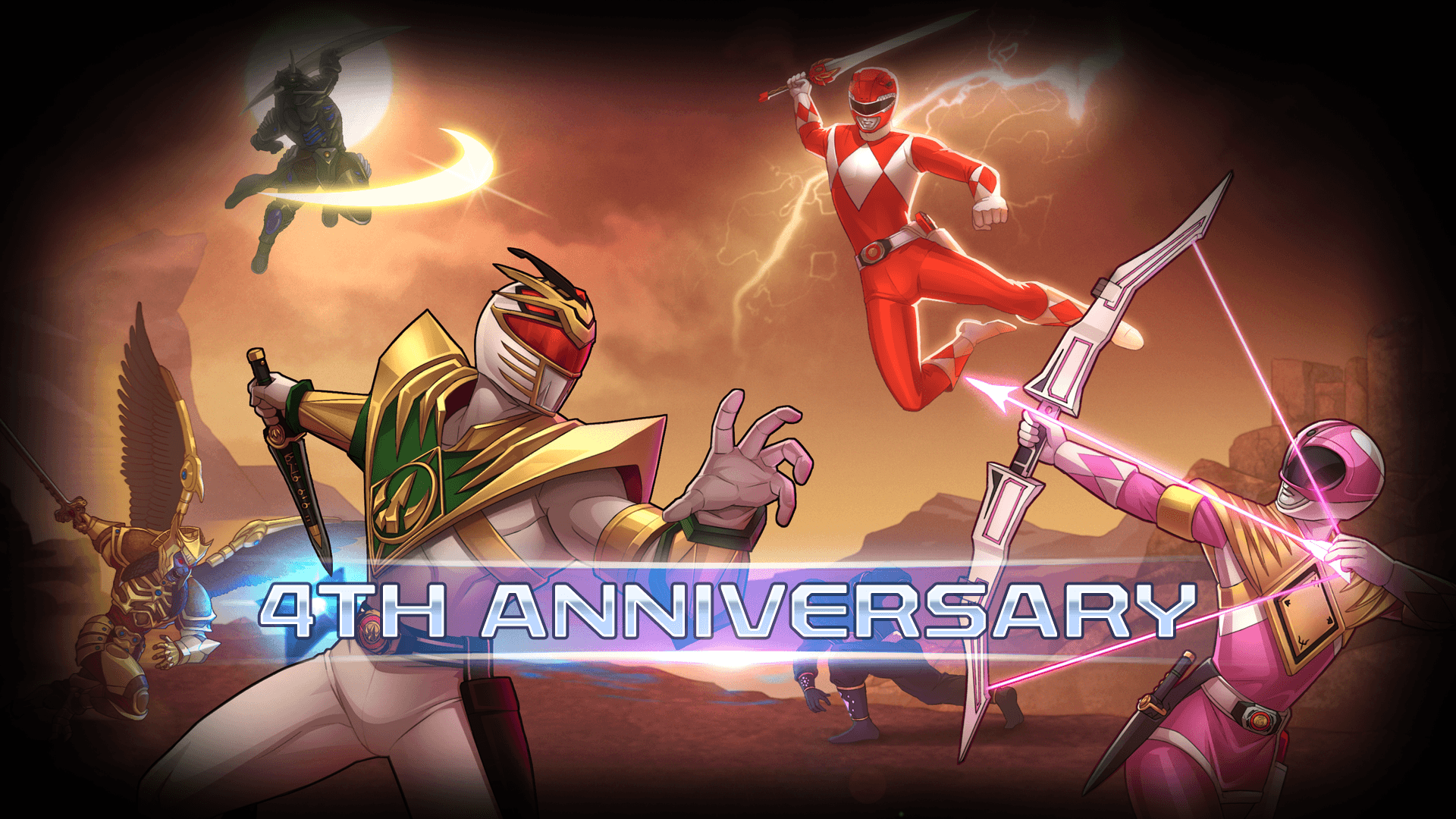 Power Rangers: Legacy Wars turned 4 yesterday, March 23rd! In celebration of the game’s fourth birthday, we’ve got some special offers, missions, challenges, gifts, and more available to players starting tomorrow, March 25th. And stay tuned – later this year we’ll be introducing new features to the game that we think players will be really excited for!

The original lineup of Legacy Wars Rangers face off against Rangers and Villains added more recently.

Tommy vs the World

As Tommy Oliver, fight every other character in Legacy Wars. We’re not joking.

We’re adding the following missions to the game focused around sixth rangers, Tommy, and Tyzonn.

We’ll have the Unmorphed Tommy Oliver skin available as well as the following taunts:

Be sure to check your inbox and kick into Overdrive with a Power Coin themed around the recently released, fan-requested Operation Overdrive Mercury Ranger, Tyzonn.

Tyzonn will also be available for purchase over the Anniversary weekend.

It’s been an exciting four years so far, and we think this year is going to continue that trend with some morphinomenal characters on the horizon and new features coming later this year. Stay tuned!