Pumpkin Rappin’ is about to happen! 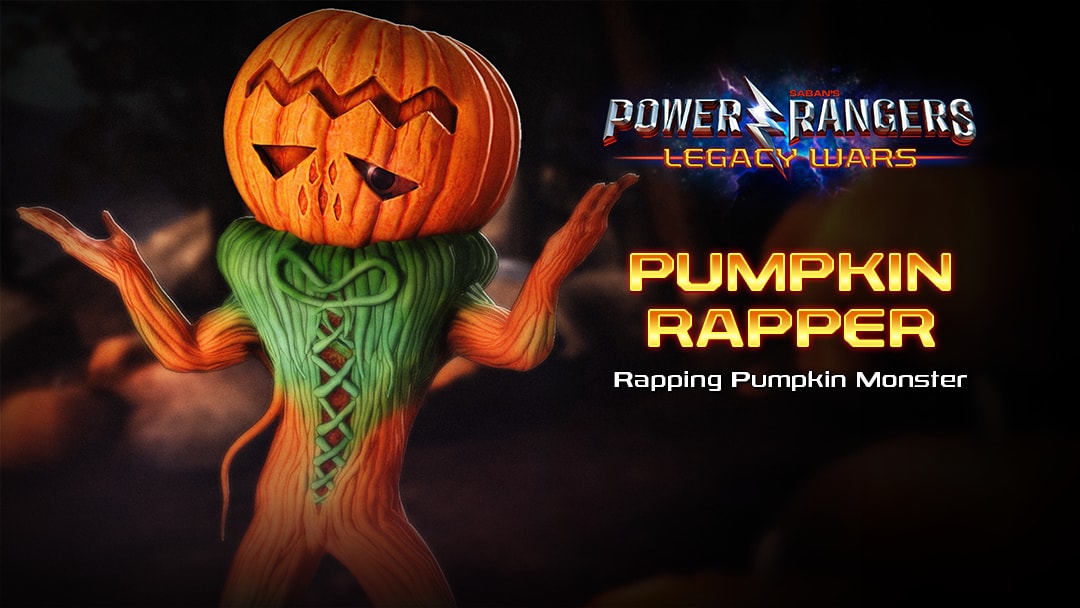 Pumpkin Rappin is about to happen!

Pumpkin Rapper is a defender that can attack opponents with tremendous range. Although he lacks a 50/50 or instant strike, his breakers are fast enough to catch people by surprise. With this combination of range and speed, he’s a threat from any position. His damage is distributed fairly evenly across his attacks, so it’s unlikely for him to miss out on damage because of bad luck. He even has a healing effect on one of his attacks, which can help him stay alive long enough to make a comeback.

Primary 1: Vine Whiplash
Type: Strike
Cost: 3
A 3-hit whip attack that reaches halfway across the stage. It knocks back on the last hit and can be dash cancelled on the first hit. You’ll need to do a launcher first if you want to finish the whole attack safely.

Primary 2: Pumpkin Shot
Type: Breaker
Cost: 3
A dodgeable projectile breaker that goes across the whole stage, stunning the opponent. If it hits while they’re in the air, it sweeps instead. This is a very fast breaker (just 1 frame slower than Titanium Ranger’s spin kick, for reference) so use it whenever the opponent is close.

Special 1: Rapper Tentacle
Type: Breaker
Cost: 4
Whips across almost the entire stage and launches the opponent in the air, draining a bit of HP in the process  While slightly slower than Pumpkin Shot, its melee attack property makes it more valuable overall.

Special 2: Trick or Treat
Type: Counter
Cost: 4
A counter that, if attacked by a strike, launches the opponent into the air for a combo. It has a lengthy cooldown if it doesn’t succeed, so it’s unsafe to randomly perform this move.

Assist: Spiral Eye
Type: Breaker
Cost: 4
While not as fast as the leader’s breakers, the assist is still faster and more damaging than most other assists of its type. Pumpkin Rapper appears in front of the leader, giving it a bit of extra range. The only downside to keep in mind is that it’s a projectile, so it can be dodged if the opponent sees it coming and isn’t cornered.

Combo 3: Trick or Treat → Pumpkin Shot → Rapper Tentacle
Pumpkin Shot only stuns if the opponent isn’t in the air, so timing it during a combo can be quite a challenge. If you manage to pull it off, you’ll be able to recover some energy while they’re stunned and sneak in a more powerful attack. It takes practice, but the result is well worth it.

VS Pumpkin Rapper
–Pumpkin Rapper’s strength lies mostly in his breakers. To be able to defend yourself against his range and speed, try to save your strikes for when he’s on the offense.
–On the flipside, because Pumpkin Rapper only has 1 strike, this means he’s weak to breakers himself. If you take the initiative and do a breaker before him, you’ve got good odds of winning the exchange.
-Rapper Tentacle is a terrifying attack, but it’s on the same slot as a counter that isn’t too hot. If you are able to out-turtle him, he’ll eventually be forced to whiff his counter just so he can get access to the much better breaker. This is your chance to punish him.
-If you’ve got no way to strikeout Rapper Tentacle, don’t try to avoid it. In fact, you should dash into him! If the damage is unavoidable, you may as well be as far away from your corner as possible; he only has one knockback attack, so you just might have a chance at getting him to his corner sooner if you hold your ground.

Using Rapper Tentacle
Rapper Tentacle has so much range that if you do one forward dash from the corner and queue into it, you’ll reach the other end of the stage. Doing this after the opponent has finished a combo is a reliable way to get your revenge. If you’re familiar with using Cammy assist, you’ll know how to use this.