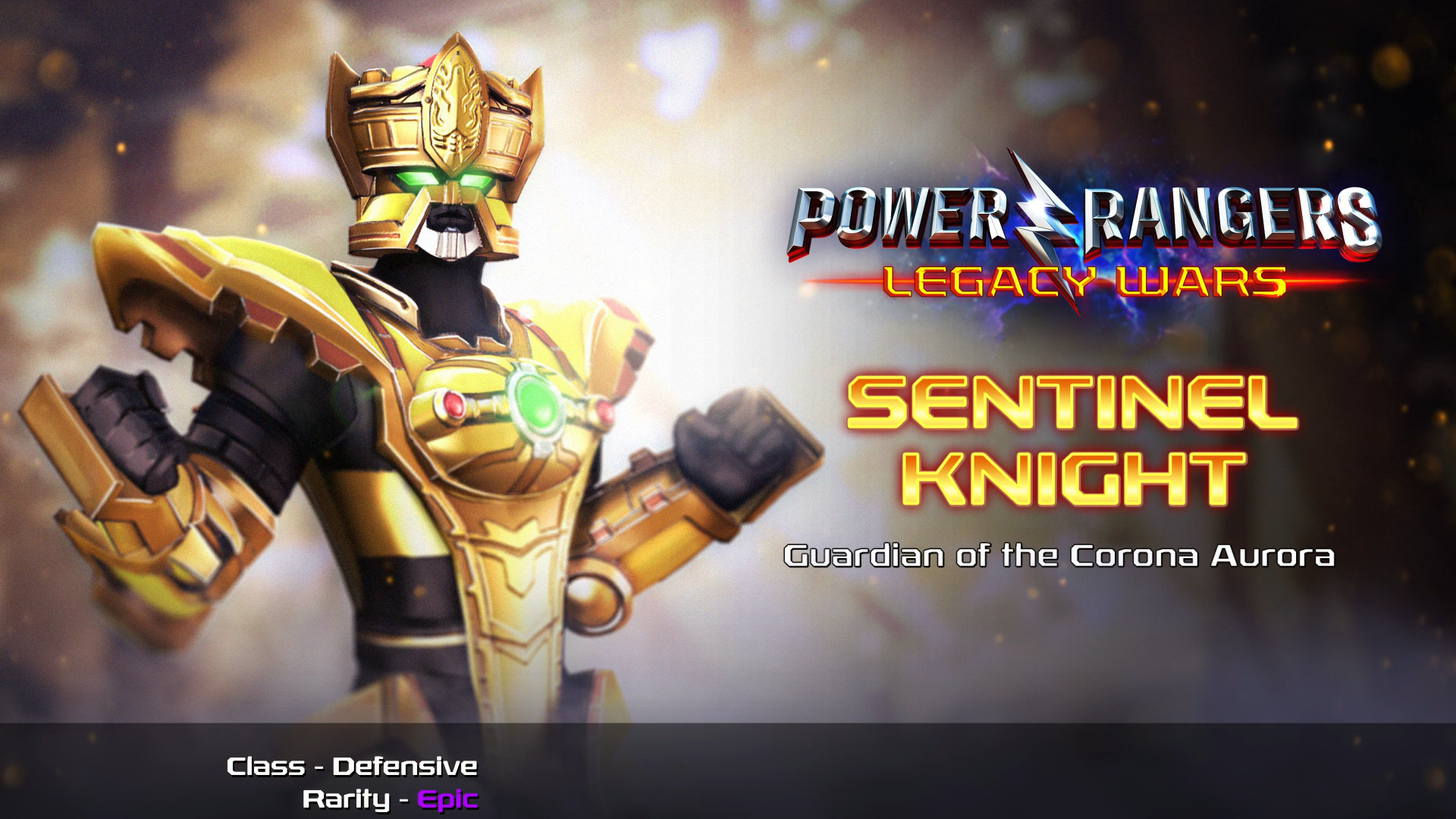 Sentinel Knight is an Epic Defender that can discourage forward dashes and make the most of any punish situation. Whether he successfully blocks or uses his disruptor, he can easily combo his specials and recover lots of energy back. This efficient energy regeneration after long attack animations can allow him to trap the opponent in the corner for long periods, which can frustrate them into making a reckless move that he can counter to start things all over again. Just when the opponent thinks they’ve got a way to get aggressive, Sentinel Sword stops reckless forward dashes in their tracks and makes them think twice about approaching.

Primary 1: Sentinel Strikes
Type: Strike
Cost: 3
A 4 hit combo that can be cancelled on the 1st or 2nd hit. The 3rd hit staggers, making the 4th hit inescapable.

Cost: 4
A punch that deflects strikes and staggers the opponent. Its startup can occasionally catch opponents by surprise, but it’s possible to counter or avoid on reaction. It is his least damaging attack, so it’s best to save as a counter rather than combo into it.

Cost: 4
Sentinel Knight’s most efficient and useful attack. He steps forward with a quick kick, which transitions into a flashy animation that launches the opponent. This makes it great for recovering energy in the middle or end of a combo. You can use this to either surprise opponents or fight off breakers, but its poor range makes it liable to whiff against a dash-happy opponent.

Cost: 5
A multi-hit breaker that launches the opponent at the end. It is rather quick for a breaker, but its multi-hit nature makes it very easy for opponents to strikeout if they see its startup in time. Like Sentinel Sword, it’s great to recover energy after using this attack.

Cost: 4
A breaker projectile that stuns the opponent. Sentinel Knight dashes forward before using it, making it even easier to combo into. It’s very useful for characters that might struggle to combo after a knockback.

Sample Combos
Sentinel Sword → Sentinel Strikes → Guardian Knuckle
The timing for recovering just 1 energy after Sentinel Sword is so lenient that you don’t even have to dash or taunt.

By letting 1 energy recover after Sentinel Sword and 2 after Energy Kicks, you’ll have just enough to do Sentinel Sword again. This allows you to do huge damage without needing to use primaries.

-Sentinel Knight’s reliable and damaging punish combos make him a great turtle character. If he’s not approaching you, he probably doesn’t have Sentinel Sword ready to go. So turtle him right back!

-Sentinel Sword may be an outstanding attack, but it’s his only strikeout that guarantees a combo. Getting aggressive with breakers

-Sentinel Knight’s defender class causes him to draw more blocks than other characters, so take note any time he isn’t finishing combos with specials. It means he’s got a block there.

-By quickly dashing in and out of range, you can tempt the Sentinel Knight player into using Guardian Knuckle or Sentinel Sword out of panic. Once they’ve missed, they’ll be down energy and need to be on the defensive.

Sentinel Strikes cancel
The timing is a bit tricky, but you can cancel Sentinel Strikes later than you might think. Use this in the mid-range to confuse the opponent into making a mistake.

Normally, comboing from Guardian Knuckle into Sentinel Strikes gives the opponent a chance to block. But if they are cornered, you can back dash and precisely time Sentinel Strikes so that the 3rd hit connects. If a block is covering up your special slot, this is crucial to master.