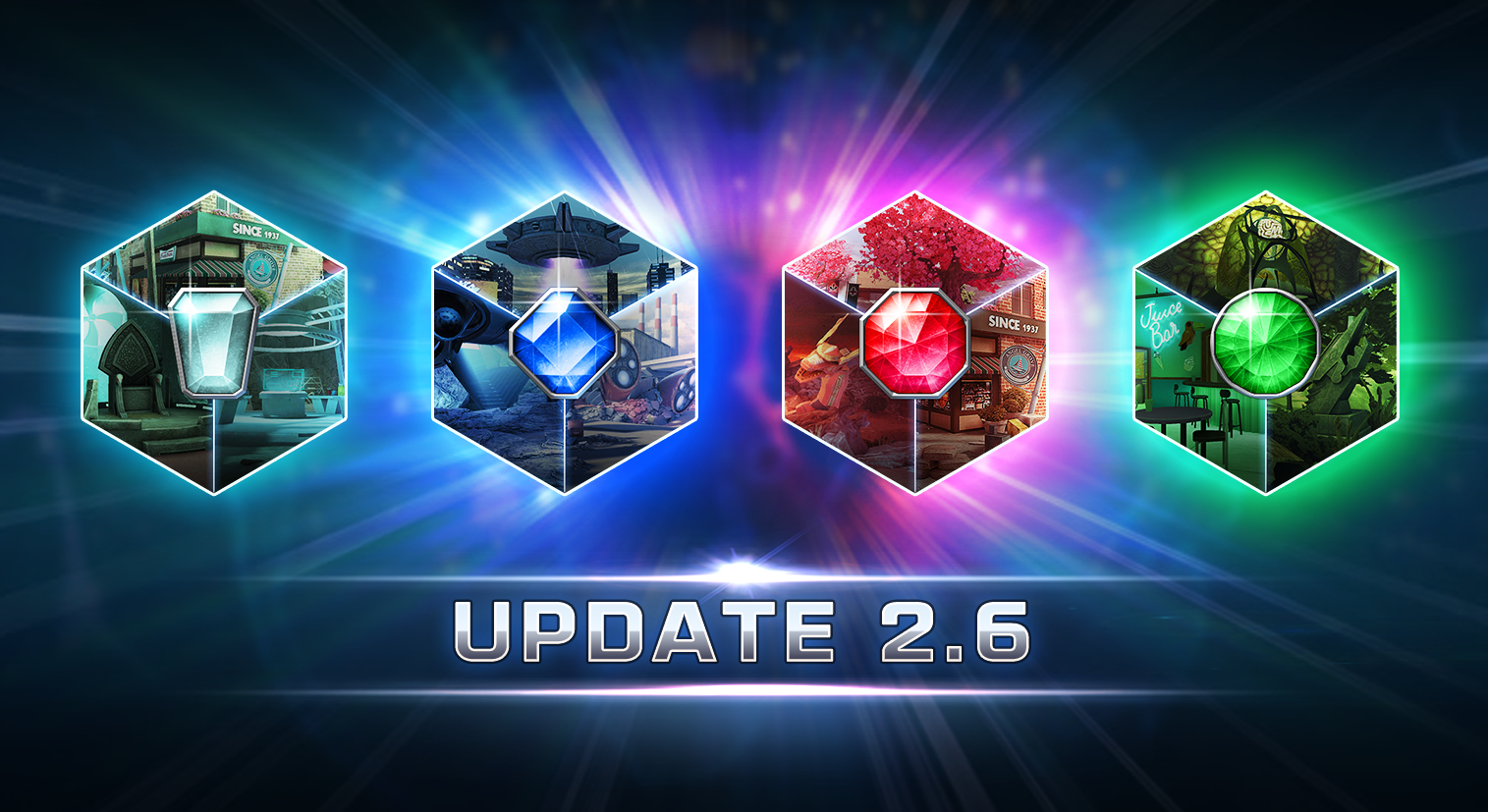 We are expanding the Champion Leagues with better rewards and more leagues. Welcome to the Gem Leagues.

The new Gem Leagues come before the existing Champion Leagues. The League order is now 0 through 10; the Gem Leagues: Crystal, Sapphire, Ruby, Emerald; what is now the Metal Leagues: Bronze, Silver, and Gold; and finally Elite League.

These leagues will take the place in ranking where Leagues 7 to 10 were previously. Leagues from 3 to 10 will be compressed downward to make room for these new Leagues. This means more players can enjoy the rewards and competition of our Champion Leagues, earning free crystal and legendary shards every season. The Gem Leagues will have randomized stages like the upper Leagues do.

The Metal Leagues will have some improvements as well. Rewards from Elite Rank 4 down to Bronze will be raised a bit. Players in this range will receive more shards in end of season rewards, including more Legendaries – Bronze now gets 5 per season instead of 1, and Rank 4 receives 13 instead of 11. Bronze, Silver, and Gold will all have slightly improved PvP rewards as well.

Additionally, Season reset values for the Metal and Elite Leagues are spread out a bit more to better minimize the amount of clumping of significantly different skill level players. The demotion medal range for every League from Gold down to League 2 will be significantly increased depending on your league. Donation counts for the Leagues have been expanded and cleaned up a bit. Nearly every League will be able to donate more Common, Rare, and Epic Shards.

Good luck in the new Leagues, Rangers, and may the power protect you all!