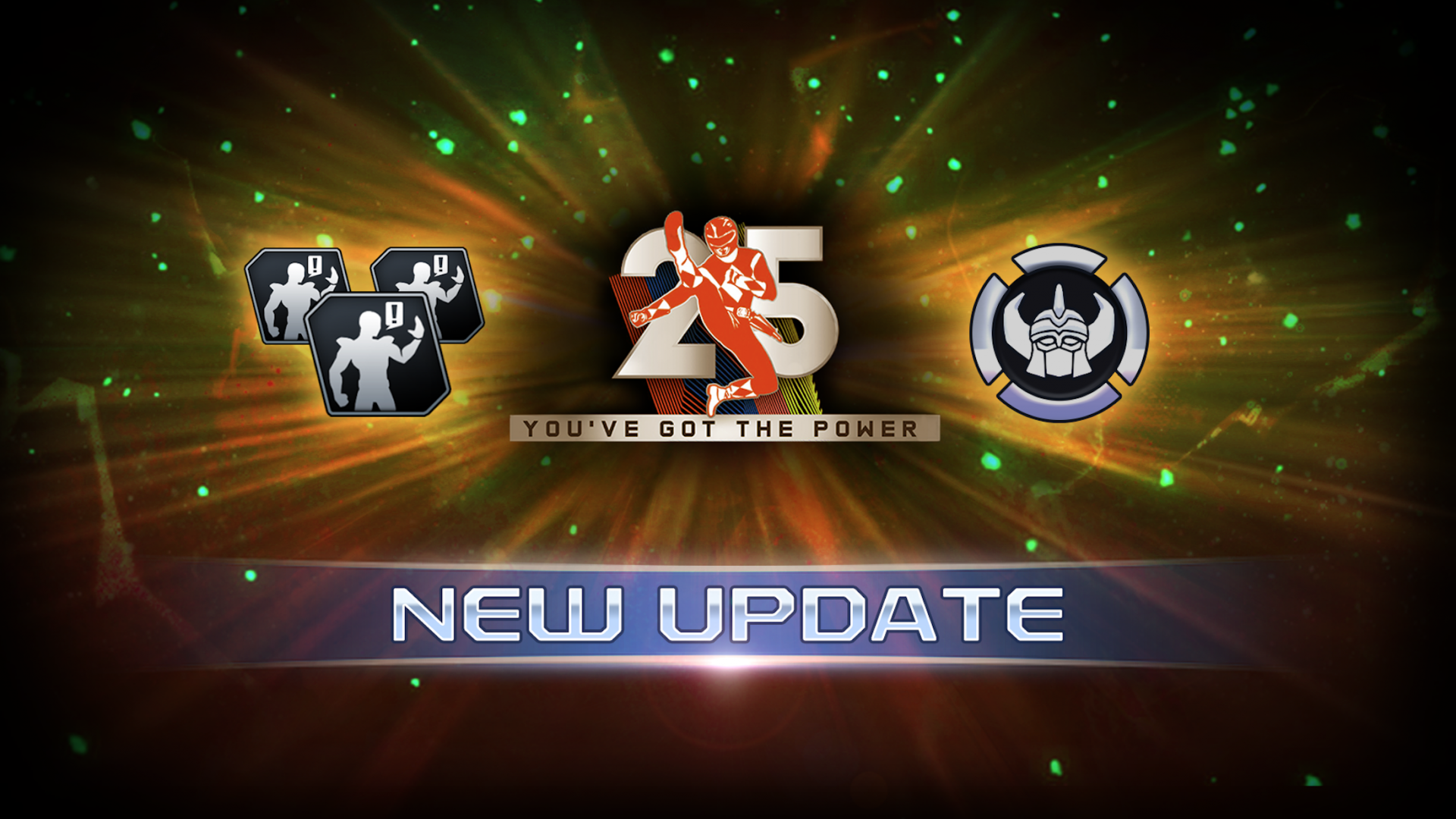 It’s Power Rangers’ 25th anniversary and we’re celebrating with a mighty update along with a 25 day in-game party! The update and the celebration start on August 23rd!

We are celebrating the 25th anniversary of Power Rangers with 25 days of events, sales, giveaways and more! Check in each day to see what’s next in the celebration.

What’s a party without some drinks? We have transformed the Power Chamber into Angel Grove’s favorite after school hangout for the 25th Anniversary.

Rita’s corruption has found its way to the Megazord Hangar. Players in Elite League will fight in this new Arena. The arena will also show up in Challenges for all to enjoy.

The custom battle feature can now be used with Megazords! Use the code system to battle against your friends in Megazord Battles.

Preview, unlock, and equip additional taunts for select Warriors. More taunts will be added over time.

VIP is a monthly subscription that provides bonuses that range from more calendar rewards to exclusive taunts. The higher your VIP level the better the rewards.

Similar to our Warrior Health and Damage Scaling adjustments, we will be working on addressing power inflation with Megazords. The goal is to improve matchmaking quality by concentrating pools of potential opponents. Players will either see an increase in their power rating, with power remaining mostly the same for those on the higher end.

As with our recent updates we are steadily working on addressing power inflation within the game. As before, Players will either see an increase in health and damage or remain mostly the same for those on the higher end of the spectrum.

These balance changes had been originally intended to go into the last update but they needed more testing time so we pushed them back into this update.

Dino Thunder Black is a fan favorite, and he is a favorite of ours as well.  His initial balance did not meet the standards of the competitive environment he entered.  This update is directly aimed at making the leader match the legend.

Projectiles are a liability for many characters who have them.  Projectiles should be respected and situationally useful. A feature that was limited to Street Fighter characters has been extended to all Leaders and assists.  Now all projectiles cannot be dodge when directly next to an opponent. Be cautious when you are cornered against projectile characters. Work to pressure your opponent and leave room to dodge backward.