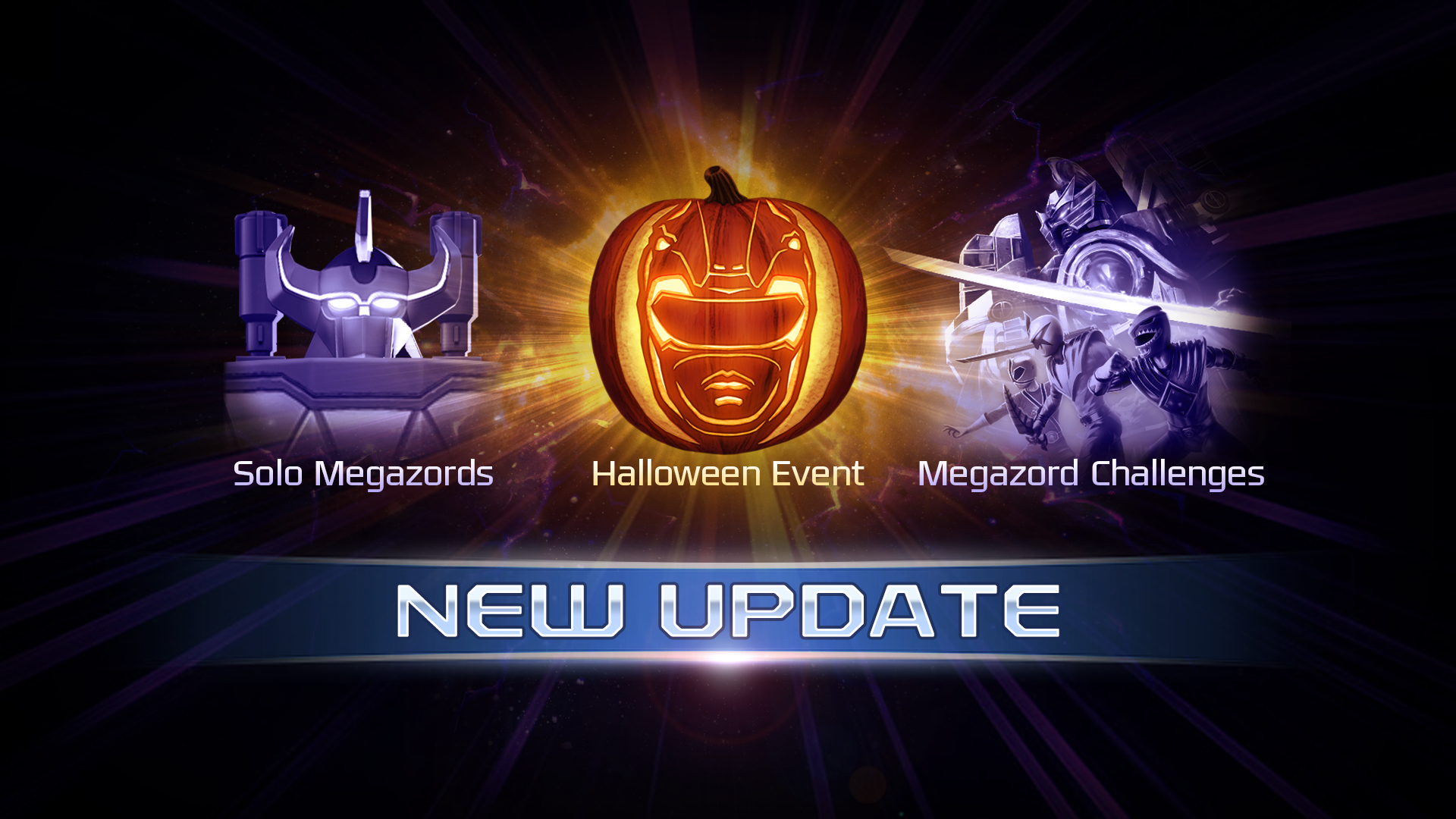 A Halloween event is coming this year, these pumpkins on your head will have you in fear. While a rappin’ pumpkin will be around, in the roster he won’t be found. Megazords and Rangers in the same event, the rules for Challenges have been bent.

We hope you enjoy Update 2.4. Stay tuned for more surprises this year!

Pumpkin Rapper Taunt: The following Rangers have a new taunt available that has them tugging and pulling trying to get that pumpkin off of their head:

Solo Megazord Event – Fight on your own against Megazords. There will still be Alliance Missions, but when it comes to the leaderboard you’re all on your own.

Megazord Challenges – Compete in Challenges with your favorite Megazords.

Purchase Taunts in Warrior Info Screen – Taunts will cost either Coins, Crystals, or Grid Tokens depending on the Taunt.

*Addendum 10/18: MMPR Rita’s Mystic Fate was slowed down by 40% – While this reduction has been planned for awhile, it was not intended to be included in this update, but rather included in the Balance Change update planned for the future. We apologize for the confusion.