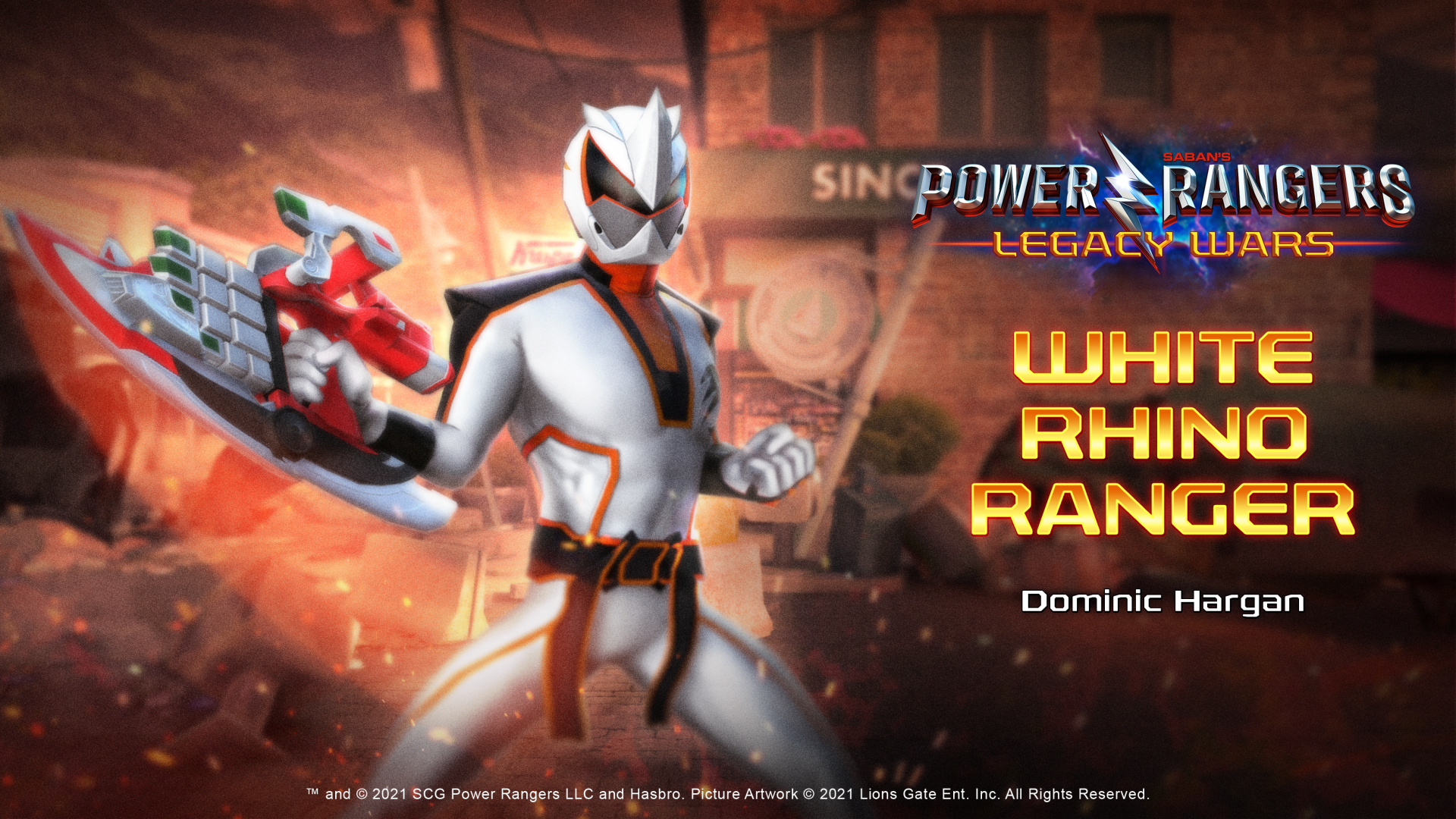 Dominic Hargan is an Epic Attacker that likes to get up close and personal. His attack startups generally have poor range, but their speed makes them difficult to defend against. His damage is spread pretty evenly across his attacks, so he never has to rely on luck to make a combo worthwhile. He lacks a disruptor, but his long attack animations help out his energy regeneration, so he’s often able to make his best defense a good offense.

Primary 1: Rhino Fury
Type: Strike
Cost: 4
A mixup strike that can be dash canceled on the first or second hit. On the third hit, it triggers an extra animation that can’t be blocked. The first hit has poor range, but the following hits go a surprising distance. It’s Dominic’s most damaging attack, so land it as often as possible.

Cost: 3
A slash attack that causes a launching shockwave. The attack at point-blank range is too quick to block on reaction, and even at mid-range it can be challenging to block or dodge if you aren’t ready for it. Its cheap cost and launch his reaction make it ideal for a combo starter or extender.

Cost: 4
Dominic’s fastest attack, but with the worst range. If the first hit connects, it causes a follow-up animation that ends in a launch. If the first hit misses, it recovers quickly, so you won’t be punished for using it aside from needing to regain energy.

Cost: 4
A quick breaker with poor range on the first hit, but fullscreen range on the final hit. If the opponent doesn’t have a strike available, they’ll probably get hit by the final hit. It’s very fast for a breaker, just barely on the cusp of reactability if the opponent has really sharp reactions. To be as safe as possible, the first hit can be dash cancelled to help avoid a potential strikeout.

Cost: 4
Dominic comes in with a short ranged attack before shooting a laser shot. Its speed is above average and it’s easy to combo after, so it’s quite valuable as a disruptor assist.

Sample Combos
Blade Attack! → Rhino Fury
An easy-to-do combo that can be done in any stage position.

-With Dominic’s arsenal of fast strikes, aggressively using breakers against him is ill-advised. It’s better to attempt to start combos with strikes or counters, if possible.

-If Dominic tries to mix you up with Rhino Fury, the less risky option is to try blocking. A big chunk of Rhino Fury’s damage is at the end, and if he baits your block and goes for Rhino Blade, he won’t have enough energy to combo afterward. Things only start to get dicey depending on which assists he’s using.

-Be sure to have a strike available at all times so that you can’t get blindsided by the fullscreen range of Rhino Blade’s last hit.