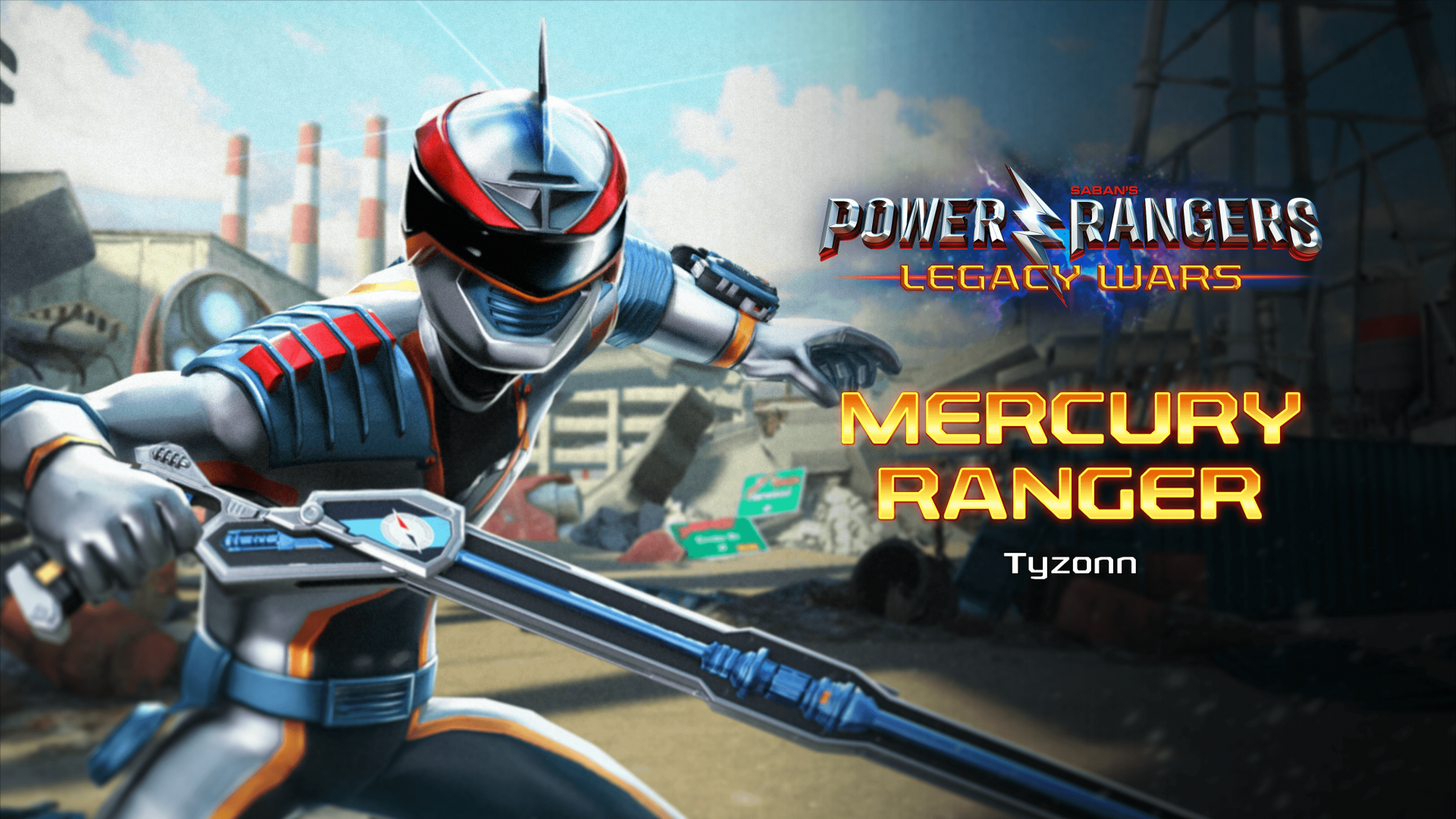 Tyzonn is a balanced Epic leader that can be played either defensively or aggressively. His strikes are fast and tricky enough to open up any turtle, while his two combo starting specials guarantee a combo whenever he blocks something. His Mercurian Armor attack tanks through any hits, so it can be used to either escape pressure or bully a cornered opponent. To finish the job, Tyzonn has a super that can start or extend combos, but you’ll need to use his primaries enough to build up to it.

A 50/50 dash cancel strike with average range and speed, but low cost. It knocks back on the final hit, so you’ll need to be aware of what you can use to combo afterward if you don’t have the opponent cornered. When using this attack in a combo, you’ll need to use careful timing in order for the 2nd hit to connect.

This breaker is slow, but goes the entire length of the screen. On top of that, it has a “super armor” property that allows it to blow through any other attack, even strikes. For the opponent to avoid taking damage from this, they’ll need to use a strike with a long enough animation to last through both hits.

One of the fastest starting strikes in the game. If the initial projectile is dodged, the rest of the attack is just begging to be countered. If you don’t want to take that risk, you can dash cancel after the first hit.

A breaker with poor range and long recovery, but good speed. Like Overdrive Kick, you can dash cancel after the first hit if you aren’t sure it will hit.

An uncounterable projectile super that does low damage, but can be used to start or extend combos. The super gauge builds from using primary attacks, but not special attacks.

Tyzonn appears in the corner behind the leader and rushes in with blaster shots. It’s best to use in response to an opponent’s attack, but isn’t bad as a combo extender.

Mercurian Armor and Overdrive Kick have incredible range, so this combo can be done anywhere on the screen. Make sure to carefully time Drive Blaster to prevent the sweep from missing.

If you time it carefully, Tyzonn can loop his specials like this. Drive Detector’s long animation and launch makes it great for recovering energy mid-combo.

Overdrive Kick’s sheer speed helps it fight off not just breakers, but other strikes as well. If your opponent has a strike that can be blocked on reaction, chances are good that you can Overdrive Kick it too. Keep this in mind when you don’t have a counter available.

Rushing shots spawns in the corner behind the leader, which lets it avoid just about anything that’s not a projectile. You can use it on reaction to many breakers or even strikes and come out on top.